Parent carer Helen shares her experiences of her son James leaving school, transitions and other changes.

Some people thrive on change and uncertainty, I’m not really one of those people. I like things to be reasonably well planned, I like to know where I am. But inevitably in life nothing stays the same forever so we have to learn to deal with change as it happens.

A big change for anyone is the time when they leave school. I was chatting to someone recently and was reminded of the uncertainty around the time leading up to James leaving school. It’s incredible to think that it was 7 years ago this summer. 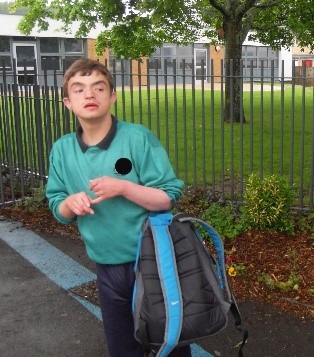 James was due to leave his SLD school in the July after his 19th birthday. He had been at the same  school for 11 years. This was undoubtedly going to be a huge adjustment for him but also for me too as James’ full-time carer. When they are at school you know where they are going to be in terms of what time they go and come back home and how you can fit things in around them being out of the house. You have the term dates in advance and apart from the occasional snow day closure or sickness you can pretty much count on them being in school.

In the year or two before James was due to leave it all started to feel a bit uncertain. You know things are going to change but you just don’t know how that’s going to look and how it will affect your lives. Of course, there was some anxiety about how James would react to such a huge change to his routine too. 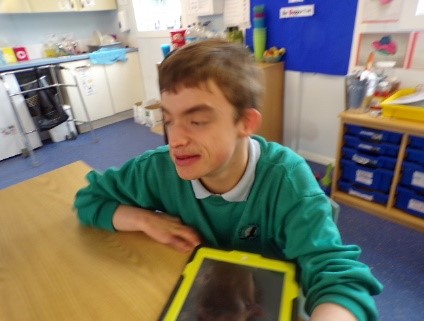 Under the old education system James had what was then known as a Statement of Educational Need. However, following the Children and Families Act in 2014 the ECHP was introduced. Education Health Care Plan. The intention behind this was to ensure that children and young people up to the age of 25yrs who had significant Special Educational Needs or Disabilities had their educational, health and social care needs identified and that ongoing support would be provided to meet these needs.

It had been our intention that on leaving school James may be able to attend college and we had visited a few local colleges with James. We had favoured one college in particular and they felt they could meet James’ needs. However, it was unfortunate for us that this was the first year that the EHCP had come into practice and quite honestly nobody knew what they were doing or really understood it in full. If James’ headteacher and the education dept didn’t know then what chance did I have.

Having undergone a full assessment, it became apparent that James did not meet the criteria for continuing in education. He had to have demonstrated that he was continuing to make good progress at school. At that time progress was recorded on the P scales. These scales are a set of descriptions for recording the achievements of students who have special educational needs and are working towards the first level of the national curriculum. So, it seemed that continued education was not going to be the way forward for James.

I have many friends whose children went through the ECHP assessment a few years after James. By this time the new plan had bedded in and both professionals and parents were much more aware of what was necessary to achieve the right outcome for pupils leaving school. James’ ex headteacher did actually admit to a friend of mine a couple of years later that ‘James slipped though the net.’ At the time I was upset about it but as they say, ‘as one door closes another one opens’ and we had to focus then on what James was going to be doing when he left school.

Look at your options. 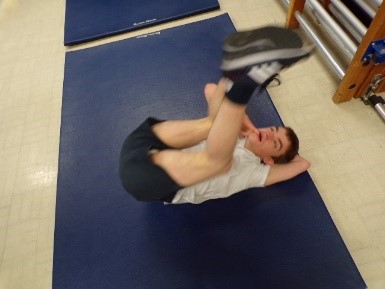 We had very little support from the transition Social Worker so I set about finding suitable provision for James myself. I researched what was local to us and arranged some visits. James needs to have all his personal care done for him and so this became an issue as not all provisions had the necessary facilities to do this.

During the last year of school James attended various groups in the community as part of his transition for moving on. One thing he did was to attend keep fit classes at a local church hall along with service users from the local council day services. I arranged to go and visit that local day service. The staff I met were very nice and welcoming, the facilities were ok but what concerned me the most was that a lot of the service users were a great deal older than James.

For a couple of years before leaving school James had been attending a Saturday club once a month at a new local provision. This facility was set up by a couple of ex parents from James’ school who found, like I had that when it came to looking for day provision post school the choices were very limited. They had started a full time Monday to Friday day service along with the Saturday club and were also hoping to provide respite at a later date too. I visited here with James and what I found was that many of James’ peers attended. Kids we’d known for years on his school transport for example, there were lots of familiar faces, all young too. There is a large staff group and it’s all housed in quite a large building with lots of indoor and outdoor space.

Bringing it all together.

I started to formulate a plan of how James’ week Mon-Fri could look. Perhaps he could have the benefit of both worlds. I was also conscious that Susanne who has been James’ carer for many years was losing her hours with James as he wouldn’t be with her after school or in the school holidays. Susanne and her family have been such a big part of James’ life it was important to me that he was able to continue spending time with her too. With so much other change happening for him some continuity would be helpful.

I did have a bit of a fight on my hands because at the end of the day everything comes down to finance. Adult services really wanted James to attend the local council day service as this would be the cheapest option. But I dug my heels in. I argued that James needed variety and would not necessarily get this by attending the same day service 5 days every week. I know our children attend school for many years but they get lots of breaks and holidays and it does come to an end eventually. But this was going to be James’ life now for the foreseeable future for pretty much 52 weeks a year and I didn’t want him to get bored. I also argued that the council day service was largely used by older service users and that James was entitled to have the same opportunities to be with his peer group as other young people who leave school have. 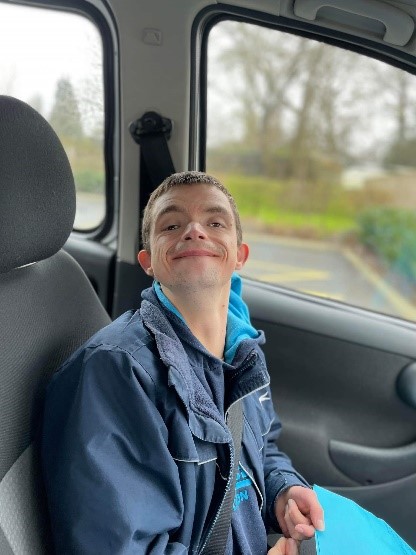 The plan which was eventually agreed was that James would attend the council run day service two days a week which he does on Mondays and Tuesdays. Although James likes to be busy he does get very tired so on Wednesdays he spends the day with Susanne at her house. It’s a bit more of a chilled out day for him. Then on Thursdays and Fridays he attends the other day service with his peer group and friends he has known for many years.

This is how it has been since James left school and continues to be since his move into supported accommodation last year. There are obviously occasional day closures, staff training days etc but nowhere near as many as school holidays. It means if one service is closed he doesn’t miss a whole weeks activities because he has the other one to attend. He gets to do different activities at both and mixes with a different group of people. I feel that the two services offer him different stimulation and variety.

Preparing James for the coming changes.

In the lead up to leaving school James continued to attend activities with the council day service and Saturday club too. What it meant was that when James left school and attended his new day services both buildings were familiar to him. He wasn’t suddenly in a strange place. Also he was with staff and service users he had spent quite a lot of time with which was good for him but reassuring for me too.

As regular readers will know, I love to make an online book for James on Snapfish. Whether it’s a book about a special occasion he can look back on or as in this case preparing him for something that is going to happen. I made James a book about leaving school and filled it with pictures of his new day provision and talked about his new routine. Its been read very many times and still is 7 years on. He still likes to point out his friends and teachers. 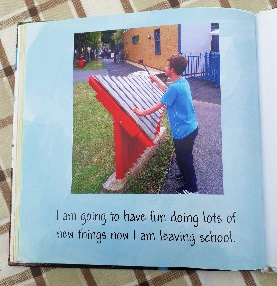 So back to where I started…..change can be unsettling but if you do some groundwork and prepare well it doesn’t have to be too scary. Naturally there will be some anxiety and it was a strange feeling that last day when James came home from school. When facing change though I think if you acknowledge how you feel and share your concerns people will be supportive. Whether it’s leaving school or something else it’s good to express your feelings, people can’t help you if you don’t. Very often things don’t turn out to be quite as scary as we anticipated.

The Disabled Children’s Partnership’s #SecretLifeOfUs campaign aims to provide a platform for the experiences of families with disabled children, tackle myths, and encourage understanding. Email us to share your experiences.